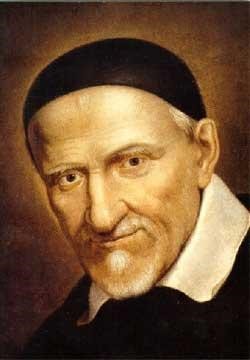 VINCENT DE PAUL continues to challenge us today. For him, charity is not an impersonal gift of money or unwanted, sometimes spoiled goods to be given to the poor. When he served the poor, he “touched God.” And when he prayed to God, he found himself reaching out to the poor.

VINCENT DE PAUL was born at Pouy, in Landes, France on 24 April 1581. Vincent’s initial desire to be a priest was mainly for social advancement and monetary gain. To this end, through careful planning of being at the right place at the right time, he ordained at Chateau L’Eveque on 23 September 1600. Working first in a parish in Paris he later became chaplain in the household of the de Gondi family. His change of heart began in one of his visits to the poor tenants of the state of this family. When Vincent was called to hear the confession of a dying man, the poor man next knew next to nothing about his religion. Not long after, Vincent preached a sermon on general confession in the village chapel of Folleville. In it, he asked the people to take to heart the necessity of repentance. To that end, he established the Congregation of the Mission, to which was also entrusted the formation of the clergy. Along with Louise de Marillac, he founded on 29 November 1633 the Company of the Daughters of Charity. With Louise, he placed himself at the service of the poor, “who are our lords and our masters.” He taught that true charity does not consist only of distributing alms, but of helping those who are poor to regain their dignity and independence. Vincent died in Paris on 27 September 1660 and was canonized on 16 June 1737. Pope Leo XIII appointed him Patron Saint of all Works of Charity.

Our world seems no different from that of Vincent’s O God. There are new forms of poverty and new faces of the poor. Gift us with eyes to see and to discover, so that as Vincent had just “transformed the face of the Church,” we mat transformed ourselves and help transform our world. Unite the efforts of both the poor and the rich, so that together, we may ‘help build shared prosperity and strengthen our collective security.’ We ask this in your name, O God of the poor, whom we vow to serve, in Jesus and in the Holy Spirit, world without end. Amen. 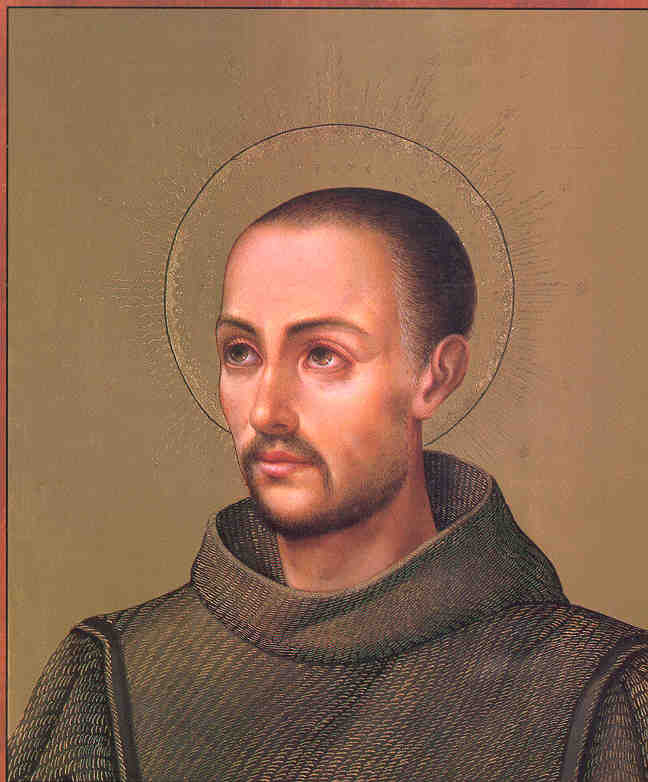 Formerly a shepherd and soldier, he was so moved by the sermons of the mystic John of Avila, who became his spiritual adviser, that he decided to devote his life to the care of the poor and the sick. For that purpose he rented a house in Granada (1537), where his work won ecclesiastical approval and attracted others. Bishop Sebastián Ramírez of Túy, Spain, named him John of God and gave John and his followers their habit. When John died, his companion, Antonio Martino, succeeded him, and the rule for his order was posthumously drafted. Subsequent houses, richly endowed by King Philip II of Spain, were soon opened. The order was first approved in 1586 by Pope Sixtus V. Headquartered in Rome, it maintains hospitals throughout the world. Source Britannica

Saint John of God, you are honored as the patron of those who are afflicted by heart disease. Obtain for me the grace from God to be well again. Bless me with a healthy heart, I ask you for your intercession and help. Grant that I receive the favor which I now ask through Jesus Christ, Our Lord. Amen. 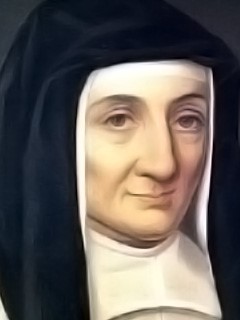 Born on 12 August 1591 into an aristocratic family, Louise was nearly disowned by her family. She never knew her mother, and as a little girl, she was sent to a covenant where she learned what every little girl of aristocracy would learn: prayers, the arts, music, and Latin. As a young woman, she was sent to a “boarding house” where she learned the practical things of life: sewing, cooking, and cleaning house. She was married off to Antoine Le Gras but would know happiness with him. They had a son, Michel. In the darkest moments of her husband’s illness, she was gifted with the “Light of Pentecost” (4 June 1623) where she was assured that she would spend her life serving God in a community where there were lots of “coming and going” different from the religious communities of the 17th century. Louise was first sent by St, Vincent de Paul, her spiritual director, to visit the confraternities of Charity. Later, she gathered women into her care and gave them instructions on how to serve the sick poor. She also formed them in prayer and in community living. On 29 November 1633, with St. Vincent de Paul, Louise founded the company of Daughters of Charity. She died on March 15 1660. Beatified in 1920 and canonized in 1934, she was proclaimed in 1960 Patron Saints of Christian Social Workers.

God who calls each person by name, we celebrate in thanksgiving the woman named Louise de Marillac. Grant that in her footsteps and with her inspiration, our lives may become a daily Eucharist for all those we touch, especially the poor and the abandoned whom she loved and served. We ask this in the name of Jesus crucified, and in the Holy Spirit. Amen.